Pray For Us Who Have Recourse To Thee

Posted on December 8, 2012 by eloquentdefenders

Today is the feast of the Immaculate Conception, Mary conceived without sin, in which the Church celebrates the conception of Mary, full of grace, daughter of Anne and Joachim. Conceived without sin, to prepare a vessel for the coming of His Son in the flesh, she would as a young woman give her ascent to the words of an angel, “Behold, you will conceive in your womb and bear a son, and you shall call His Name, Jesus.”

Here is a brief CNS video via New Advent on the teaching in the Church:

Sr. Catherine received her first vision on the eve of the Feast of St. Vincent de Paul (the original date) . Months later she received a second vision, during which she was instructed to have a medal cast with the image before her: the Blessed Virgin, standing on a globe with rays light streaming from her fingers. The image turned and the reverse image was revealed to her as well. 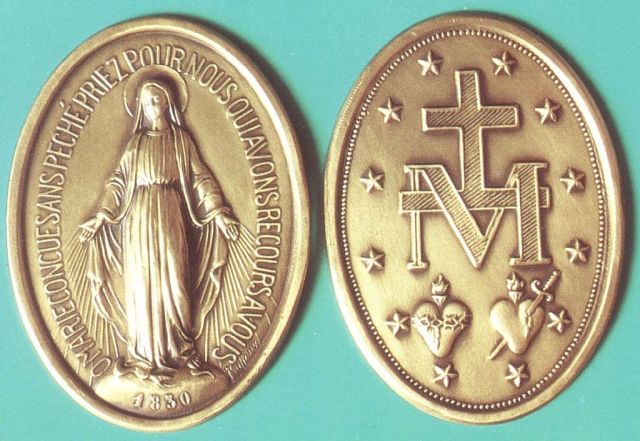 After the medal of the Immaculate Conception was struck and distributed, so many miracles were attributed to it that it became know as the Miraculous Medal, and bears that name even today.